Food waste composting on an industrial scale coming to a curb near you.


There’s a lot of buzz about food waste composting.

Composting food waste and many paper products isn’t really a new thing in Seattle. In fact, most of Seattle has had the opportunity to put all food waste into curbside yardwaste pick up bins since as early as 2005, and as of 2009 composting became a city-wide requirement. And, prior to the official program, a number of selected communities were pioneering the program even earlier, enabling the local industrial processors to be sure they had the ability to safely turn greasy pizza boxes as well as their cheesy, meaty contents into finished compost. 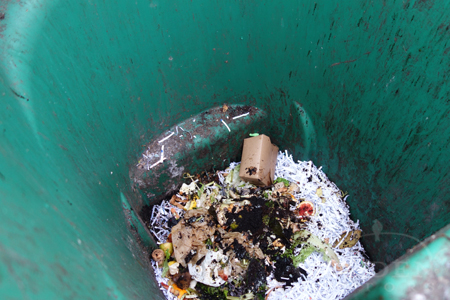 So, to be clear, what’s happening as of January 1, 2015 is enforcement of a long-standing part of the greater zero-waste initiatives in Seattle. In the beginning, there were no fines for being too lazy to sort plastic trash from compostable paper, rotten apple cores and gnawed chicken bones. Now, if Seattlites don’t put food waste into a yard waste bin destined for the local industrial compost processing facility, they might just get a fine. 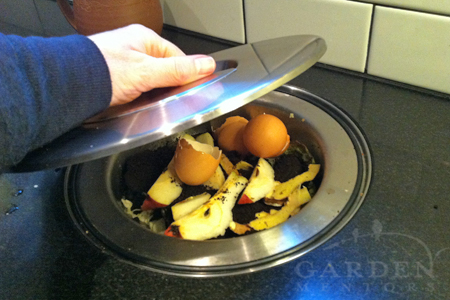 So, is it safe? Will things stink? Will food-filled yard waste bins attract nasty wildlife? And, what if I’m already recycling my food and waste at home? Where does the stuff go & what happens to it in the end?

Is curb side food waste safe & sanitary at home?  Years ago when we first started putting animal product food waste into the giant plastic bin sitting on our driveway, I had horrible visions of rats, maggots and flies coming our way. But, so far it hasn’t been too bad. In the heat of summer, the bin can get a bit stinky, but we store ours outside, far from the house. And, it rarely stinks for long. Usually, in addition to food waste, we’re filling our bin with sticks and other yard detritus that we don’t add to our home compost. This dilutes the food waste nastiness quite a bit. Plus, the bin is emptied of its contents every week, so it doesn’t have to do much rotting on site or produce maggots and big fruit fly populations. During the dry, hot days of summer, we often leave the emptied bin open for several hours to help “cook off” any residual yuck.

Will it attract wildlife foragers? For many years it seemed that rats, for which Seattle is famously populated, wouldn’t try to get into our food and yard waste bin. Nor, did raccoons attempt them. At least this was the case until the spring of 2014 when we noticed the top of the bin had been gnawed through — or had it been damaged by being poorly attached to the waste truck? 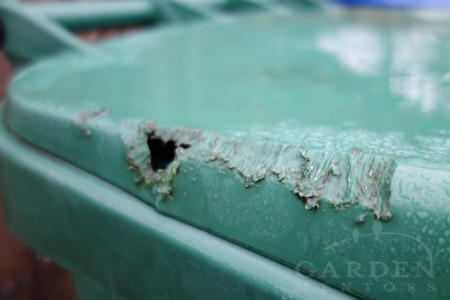 We aren’t sure, but there haven’t been any repeat chew holes, so we’re hopeful it was the truck. Now, when folks over-fill their containers or leave the lids off, crows party down on the contents — just like they do with any waste bin they can access.

What about composting food waste in my home compost bin ? If you’re living in the city, it is highly unlikely that you have the ability to build enough heat to safely compost all food waste on your property. Certainly, some vegetable waste and even egg shells can be composted at home — especially in vermicomposting or worm bin systems, which are closed and not passive. But, those cheesy pizza boxes and gnawed chicken bones will lure in rat city’s rodent residents fast, so don’t do it. (If you think you can manage to process your food waste at home, there are ways to opt out of the Seattle curbside food waste programs, but you have to sign up and you may get a visit from an inspector to see what’s what with your system.) 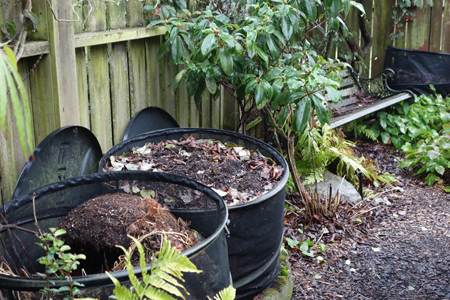 Passive Composter = Great for Yard Waste but not for Food Waste

Where does my food waste composting material go for processing? You can learn a lot about Seattle’s industrial composting facility, Cedar Grove Composting, via this episode of Growing a Greener World on PBS. But, you might also be interested to know that the communities near the facility aren’t happy with it. To them, it literally stinks, which has lead to lawsuits, fines, and on-going complaints that seem to really flare up in the heat of summer. 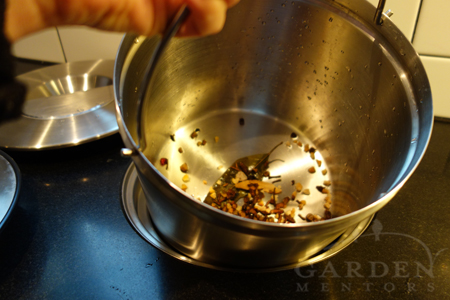 What happens to curb-side food waste composting & yard waste materials? It’s been over a decade since I’ve toured the Cedar Grove industrial composting facilities, so what I can share has likely evolved since then. But, when I did tour the facility, I saw large machinery turning together yard waste with additional woody material. That rough input material was then sent through a number of processes that included steaming the heck out of giant piles. That heat cooked the material sufficiently to kill off most of the nastiness, keep out critters, and create finished compost material that Seattlites can buy back in bulk and bagged to add into their home gardens.

Hellebores – to leave or unleaf?

Congrats to Ranters on Being Short-listed by Garden Media Guild